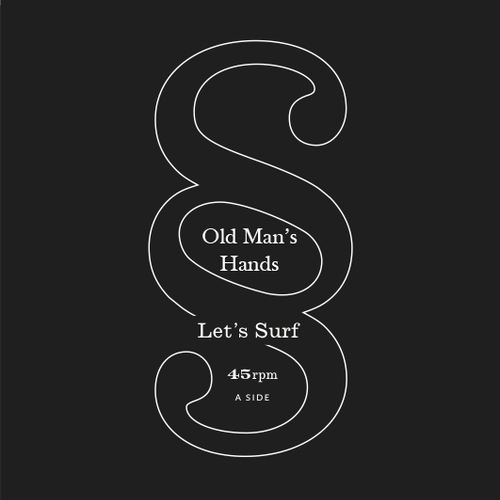 Why Vindaloo Coloured Vinyl? Because The Nightingales' record label was called Vindaloo...

When Robert Lloyd sought out Terry Edwards to contribute to a Nightingales tribute album, Edwards recruited The Dash to be his ‘pop-up’ backing band to cover Let’s Surf. The tune, a paean to summer holidays in British seaside resorts, was the b-side of the 1986 hit single Rockin’ With Rita, the Vindaloo Summer Special release which featured Fuzzbox & Ted Chippington.

Let’s Surf is fast, furious, fun and irreverent. London four-piece The Dash - who blew away all competition to win the right to support Iggy & the Stooges at this years Hop Farm Festival - absolutely nailed the tune in a brisk three hour recording session. No prisoners whatsoever.

Darren Hayman, formerly of Hefner and currently fronting The Secondary Modern, provides a beautiful, thoughtful song on the other A-side. Old Man’s Hands is one of Hayman’s January Songs. Having set himself the task to write, record & upload a song every day in January 2011, he put out the feelers for co-conspirators. The challenge was, of course, right up Edwards’ street. A brooding slab of tuneful melancholy, Old Man’s Hands is the perfect foil for Let’s Surf. January 2012 sees the release of the entire project with individually hand-drawn sleeves - but you heard it here first!

Check out these offers!