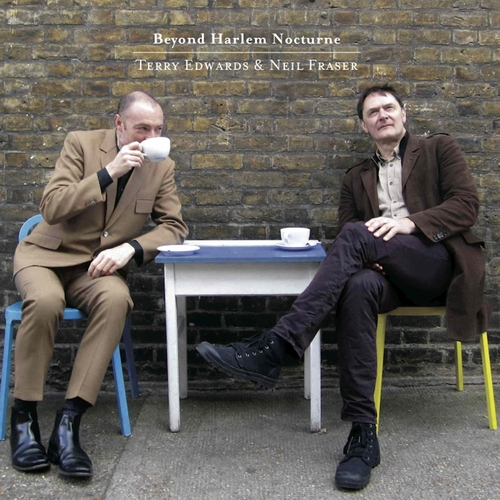 Harlem Nocturne - the Earle Hagen standard recorded by Edwards a couple of times in the past, this tips its’ hat to the swampy version by New Jersey’s Viscounts, with tremolo guitar backing the lead - played on a bright, brash plastic alto saxophone!

Lullaby for Ian - a contemplative duet for guitar and flute, written by Edwards on hearing of his teenage hero Ian Dury’s terminal cancer. The flute lines are reminiscent of the Kes soundtrack, played by Harold McNair, and the title refers to Lullaby for Franci/es on the Blockheads’ album Do It Yourself.

Factory Girls - a Tindersticks song taken from the comfort-zone of Falling Down A Mountain and redefined with a vulnerable Chet Baker-style vocal, culminating in wild, angry shards of guitars and sax in the coda.

"Exemplary musicianship with a warm heart, profound sensitivity and a dark, trembling core, it's a true pleasure to witness the delicately intriguing work of Edwards and Fraser blossom and unfold." - Zoë Howe, author of Barbed Wire Kisses, The Jesus & Mary Chain story.